IN PRAISE OF EVENSONG 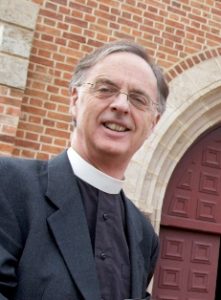 The Anglican Prayer Book evolved from the First Prayer Book of Edward VI issued in 1549, and was widely resisted. Contrary to the official line vigorously pursued by such influential figures as Thomas Cromwell and backed up by a formidable publicity machine, mediaeval Catholicism was neither decadent nor decayed and its liturgies represented a vigorous and much appreciated tradition. The cataclysmic liturgical change of 1549 came therefore as a rude shock. Eamon Duffy in The Stripping of the Altars gives a chilling account of the wanton destruction of mediaeval piety.

The new Prayer Book, the brain child of just a few reformist bishops egged on by continental theologians such as Huldrych Zwingli and Martin Butzer was foisted on unsuspecting congregations with unrelenting fervour.

It nevertheless contained some commendable features – the use of the vernacular, the gathering of all services in one book, and the introduction of Mattins and Evensong as public offices shared by clergy and laity alike. Evensong included two canticles taken from mediaeval Sarum services: the Magnificat from Vespers, the Nunc Dimittis from Compline.

A more aggressive, not to say ominous version of this 1549 book was produced in 1552 and as part of the drive to exterminate the ornate settings of the mediaeval choral tradition the name ‘Evensong’ was changed to ‘Evening Prayer’. The dogs of war had now slipped the leash and efforts began in earnest to suppress all organs and most choral music other than the singing of metrical psalms.

A respite was achieved after Edward’s death in 1553. The mediaeval services were restored with Queen Mary and the choral tradition flourished once more. But not for long. After five years Mary died and with Elizabeth the Edwardian book was restored in 1559. The same people went on to lead the early Elizabethan Church as had done under Edward, minus the ones Mary had burned.

However, Elizabeth thankfully froze these reformist bishops in their tracks and began to reverse the process of liturgical destruction begun in 1549. It was the Queen’s idiosyncratic preservation of cathedrals and her maintenance of an elaborate choral tradition as part of her Chapel Royal that put paid to the reformers’ excesses. She kept her Chapel Royal choir singing, her composers producing quality music and the cathedrals followed suit as best they could. Settings of the Evensong canticles, though simple, were composed and performed and more complex anthems were generated by composers such as William Byrd. Increasingly efforts were taken to preserve musical quality. In 1602 the Dean of Westminster, Lancelot Andrewes, insisted on keeping the ‘Quire’ of Westminster up to strength because visitors to the Abbey ‘must not be disappointed in the music’.

Between them, Elizabeth’s Chapel Royal, Westminster Abbey and the cathedrals fostered what is now known as the ‘cathedral ethos’: dedication to a regular round of beautifully performed ceremony and sacred music and to a thoughtful consideration of the faith in a contemplative atmosphere. These institutions fostered an attitude to the sacred far removed from the Protestant emphasis on communal praise by the people, and they have continued to lead the way in establishing the contemplation of the divine through the beauty of liturgy, architecture and music as an authentic road to divinity.

The title ‘Evensong’ was restored in the Prayer Book version of 1662, from which musical settings of the Magnificat and Nunc Dimittis and the anthems sung after the Third Collect have evolved as works of great beauty.

Much of Evensong is sung by the choir alone. This is not to say that the congregation is excluded or that the service has become a concert. The congregation participates fully, but by listening rather than speaking. As any good conversationalist knows, listening is a crucial aspect of communicating. The idea that we are not worshipping unless we are actually saying something is misguided. The fact is that most of us are bereft of adequate opportunity to put the turbulence and agitation of our minds to rest and be still. As the introduction to Evensong at Christ Church Oxford states, it is by our own quietness at Evensong that we are given space to pray at a level of awareness deeper than that which can be expressed through ordinary speech.

No wonder Choral Evensong is the most popular and missional service in cathedrals and college chapels and it deserves to be more widely appreciated throughout the worshipping life of the Church. It should certainly be an indispensable ingredient of Sunday worship. The idea that worship on Sundays ceases to be offered once the morning services have been completed is a curious one. It also strains the Prayer Book directive. That Evensong might have suffered a setback in parishes in the 1960s when The Forsythe Saga came to television is no reason to neglect it now. All parishes have musical potential, and quality settings of the Magnificat, Nunc Dimittis and anthems are available to suit all levels of competence from rudimentary to complex. People just need to be invited, and choirs of all ages will materialise and enjoy singing good music. Here is an important mission opportunity, not to be shunned.

Evensong is particularly attractive to those who find a prescriptive, signposted theological motorway, straight as an arrow, to be an unconvincing route to an appreciation of the divine. It is also attractive to those who are repelled by the bleak certainties and bullying self-righteousness of much one-dimensional and brittle religion. In contrast, as the incomparable Sir Diarmaid MacCulloch has it in All Things Made New, Choral Evensong, offered in the majestic, poetic language of the Book of Common Prayer affords understated, gentle, accepting hospitality. It engages sensitively with those searching for a deeper appreciation of the rich and complex tapestry of life and the presence of the divine, and again in the words of Christ Church Oxford, gives permission to engage with the divine in our own way and at our own pace.

In The Australian Weekend Magazine, Nikki Gemmel has written of a search for moments of solace – ‘a bush sunset; the golden hour when the world softens and stills and we pause … and Evensong, and I’m not a churchgoer, yet here you’re brought down to stillness from a service mostly sung amid the cram of weekday city life, when the voice-tide washes over you and soars in challenge to its high ceiling and you close your eyes, and are repaired’.