COMING AND BECOMING: a meditation on Advent 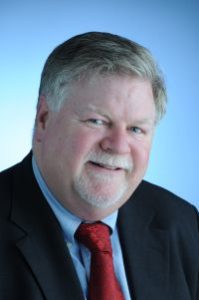 Cathedral Scholar, Dr Bill Leadbetter is an historian, whose principal interest is in the Roman Empire. He has published widely in Roman history and in the history of the early church. He has participated in and led archaeological survey work at Aperlae in southern Turkey, and published a range of inscriptions from the site. Dr Leadbetter has, in addition, contributed to the study of genocide in antiquity, and the furtherance of History Education in Western Australian schools. He has also done a stint in government as a ministerial policy adviser on Heritage matters. Most recently, he has published a study of the politics of the Roman Empire at the turn of the fourth century AD entitled Galerius and the Will of Diocletian (Routedge, 2009). He is a regular participant in the ABC Program “Sunday Nights with John Cleary”, and is currently working on a series of interlinked biographies to be entitled Roman Lives. He is also Adjunct Associate Professor in History at The University of Notre Dame Australia.

Please find here an article on Advent to meditate on.